USAF ™ ruptures monocellular membranes to destroy pathogens or makes combination techniques much more effective. In general, the use of chemical agents is severely limited.

Algae in pond, basin or silo 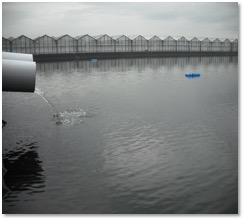 Traces of algae occur everywhere in nature, mostly on trees. These spores end up in the pond or basin water via the air or the greenhouse roof. The extent to which they enter the pond water depends on the season and the position of the pond in relation to trees. As soon as the spores get into the water, they will develop into algae. The USAF ™ continuously fights these algae. As soon as new spores (algae) enter the water, they are immediately destroyed by the effects of cavitation. The water can turn a light green in such periods. We then have to wait until the dead algae have settled to the bottom and lost their leaf green.

In addition to controlling algae, the USAF ™ also combats pathogens present in the water.

Size basin no obstacle, multiple units possible.
Cannot blow out of the basin during a storm.
In addition to algae, USAF ™ also fights viruses, fungi, bacteria, mites and nematodes.
Maintenance free.
No decrease in effect over time.
Competitive price-wise.

Fungi such as phytophthora, fusarium or pythium in rinse or irrigation water. 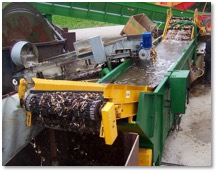 By increasingly restricting the options for using chemical pesticides, it is becoming increasingly difficult to combat fungi, bacteria and viruses in irrigation water.

More and more pesticides will be banned.

By constantly recirculating the irrigation water, it is increasingly important to rid this water of all pathogens in order to prevent contamination.

Pathogens such as: fungi (phytophthora, pythium, fusarium), bacteria (Erwinia, Pseudomonas), viruses (PIAM V, ToBRFV), mites, nematodes or floating algae. In short, all organisms not desired in the irrigation water are controlled by USAF ™. Depending on the situation, whether or not in combination with an additional technique.

Effect of USAF ™ on viruses

The infectivity of envelope viruses will be markedly reduced by USAF ™ (UU) treatment.

It can be assumed that other Tobamo viruses, such as ToBRFV and ToMV, are broken by USAF ™, or at least damaged, so that they can no longer infect plants. It has been shown that combination treatment with, for example, H2O2 or a UV disinfector will greatly improve the result to almost complete elimination of the pathogens present.

The principle is as explained in the tab “General” in chapter “USAF ™ in combination with other control method”.
In short: USAF ™ damages the envelope or mantle and the additional technique can easily destroy the inner DNA.

Nematodes or mites in (drain) water 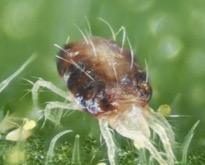 Nematodes or mites in drain water can be effectively controlled with USAF ™.

The high pressure waves (up to 2000 atmospheres) caused by the imploding gas bubbles damage the mites or nematodes causing them to die.

Proeftuin Zwaagdijk has conducted a trial with tulips for gall mites.

The BulbSweep (brand name of USAF ™) had a positive effect on the control of gall mites in tulip bulbs. The control was not 100%, but the infestation was considerably reduced. The single treatment with a duration of 30 seconds with an installed power of 2 x 600 watts was free of mites.

The treatment of the bulbs with the BulbSweep was safe for the tulip bulbs.

Acts as a catalyst