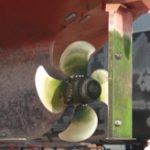 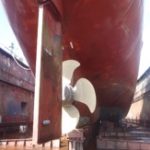 USAF ™ (UltraSound AntiFouling) systems are used, among other things, on ships to keep the ship’s hull and box coolers free from fouling such as barnacles, mussels and oysters.

The larvae of barnacles, mussels and oysters don’t want to be near a working USAF™ unit. The constantly fluctuating pressure waves created by the USAF ™ unit is an imitation of strong flowing water, which collides with walls. In strong running water, the barnacles, mussels or oysters have difficulty in getting food with the vulnerable tentacles. Therefore, larvae will not attach to, for example, a ship’s hull or box coolers in the vicinity of a working USAF ™.

USAF ™ has a preventive effect. Fouling must be prevented by permanent protection while the vessel is moored in the port.

A successful test has been carried out on the Nova Cura. This test took place over a period of 6 months. After 2 years, the Nova Cura went back to dock in Montenegro. Still free from growth.

In combination with a so-called “easy release coating” it has been shown in tests that soft macro fouling such as filamentous algae and seaweed do not adhere.

Only slime and micro-algae were still present on the test plates. Slime and microalgae are not the main problem with fouling. Some of the slime will be removed by sailing.

A similar test has also been carried out in Fort Lauderdale, America, with comparable positive results.

USAF ™ in combination with an “easy release coating” is currently the best solution to prevent fouling without the use of biocides. 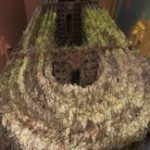 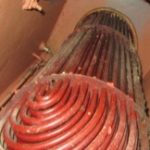 Various tests have shown that USAF ™ can keep box coolers free from fouling. In 2017, a ferry in Sweden was equipped with USAF ™ equipment at one of the coolers. Starboard had no USAF ™ installed, but port was. Other protective equipment was not available, so no copper ionization. The USAF ™ transmitters were installed at the cooler that normally suffered the most from fouling. After 11 months, these coolers were virtually clean and reached full cooling capacity. The box coolers on the starboard side had grown.

The pressure waves have no effect on larger organisms such as fish. US Navy research with our equipment shows that even marine mammals, which communicate through ultrasound and turtles, do not respond to it and do not harm it.

The USAF ™ equipment is only on in port. No extra noise will therefore be produced at sea.

A smooth skin, on the other hand, will produce much less noise than a grown skin, because of less resistance from the ship. The total amount of noise produced at sea will therefore decrease considerably, because of a smoother skin.

The extra fuel that is consumed when a ship has grown will mainly be converted into sound. Particularly in turbulence because of the accumulated barnacles and extra power that the propeller has to deliver, so that not only the propeller itself will produce more noise, but also the motors and bearings of the propeller shaft.

Can be combined with “easy release coating”

Does not contain biocides such as copper